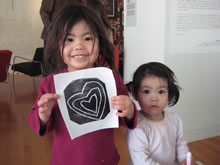 What's the Big Idea? Day
(photo courtesy YBCA) YBCA’s mission is to generate culture that moves people, because culture is an essential catalyst for change. From leading edge exhibitions, performances and films, to groundbreaking civic programs, YBCA pursues bold new ways to transform our lives and cities through art. Over the last 8 years, YBCA has received over $22 Million from this program. Your support has enabled YBCA to reimagine what an art center can be, and how it can serve our citizens.

Yerba Buena (Clinopodium douglasii) is a sprawling aromatic herb of the western and northwestern United States, western Canada and Alaska. What is now San Francisco, California was originally named Yerba Buena by its Spanish settlers in the 18th century because of the abundance of the herb in the area.

In 1980, the San Francisco Redevelopment Agency (SFRA) initiated plans for a new neighborhood to be called Yerba Buena that turned a once dilapidated area of the city into an urban oasis which today features housing, open space, retail, cultural institutions and the Moscone Convention Center.

Yerba Buena Center for the Arts (YBCA), the project's anchor cultural complex, was developed as the result of years of community input and planning with scores of Northern California artists, as well as cultural, educational

Yerba Buena Gardens
(photo by Caitlyn Willows) and civic leaders. YBCA's mandate was to feature culturally diverse, community-based, national and international contemporary interdisciplinary arts, culture and entertainment. YBCA was also designed to participate in experimentation, change and the discourse and debate between the arts and public life.

Incorporated in 1986, Yerba Buena Center for the Arts was built by SFRA using funds from private development in the Yerba Buena Gardens district. Under an operating agreement, the Agency supports the security, operations and maintenance of the facilities, and YBCA is responsible for raising funds through contributed and earned revenue for its artistic and educational programs. The non-profit 501(c)(3) organization, originally incorporated as Yerba Buena Gardens Cultural Center, Inc., was created to operate and program the facilities.

From the ground up, YBCA was designed to embrace and celebrate a diversity of arts, cultures, and audiences. Created on the model of the European Kunsthalles, with no permanent art collection, YBCA bridges the seemingly contradictory worlds of pop culture, contemporary art, and community aesthetics.

Each year over a quarter of a million people attend one of hundreds of YBCA exhibitions, performances, screenings and community enagement programs. Major accomplishments include presenting and hosting the work of more than 2,200 visual, performing, and media artists (the largest percentage of whom are Bay Area residents) and commissioning and presenting 125 world premiere exhibitions and performances.

FAQ Rules Media Privacy
SPREAD THE WORD:
Join our mailing list chevron_right
Copyright © 2022 Yerba Buena Center for the Arts
*Raffle subject to rules and regulations found on sfraffle.com. If fewer than 55,000 primary tickets are sold the grand prize will become a choice of a $1,000,000 annuity paid over 25 years or a one-time cash payment of $700,000. 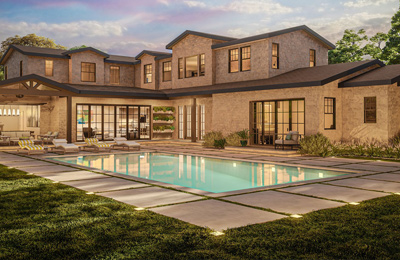 Be the first to hear about winner announcements, raffle news, and more!